The “De Havilland” Canada DHC-2 Beaver is a single-engine, high-wing, propeller-driven, STOL aircraft. It is primarily known as a bush plane used for cargo and passenger hauling. 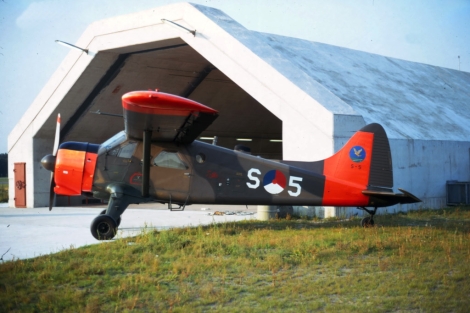 The DHC-2 Beaver was developed in the second half of forties as a successor of the Noorduyn Norseman, which was then used as so-called “bush-plane”. Over 1,500 Beavers were produced until 1967 , of which 968 went to the US army most for onward delivery to other counties as a utility aircraft all over the world.

Today many these aircraft are still in use flown by bush pilots in Canada and the northern USA.

In 1948 the U.S. Army was looking for a light utility aircraft and ordered six DHC-2 Beaver’s for evaluation . After a test period over1500 units where ordered of which a great number where delivered to other air forces via the Mutual Defence Assistance Programme (MDAP).

At first the DHC-2 Beaver received the designation YL-20 this was later changed in U-6.
The aircraft nine Dutch examples where received in 1956 under MDAP conditions and where assigned to 334 Squadron as a light transport aircraft.

They were delivered by sea, the first five by the SSA merican Trapper in November 1956. The remaining four by the SS American Hunter in December 1956. The DHC-2 Beavers were in fact owned by the Dutch Army, but were maintained and flown by the Royal Netherlands Air Force.

The Beaver was in service from 1955 until 1974. At first the DHC-2 Beaver operated with 334 squadron at Ypenburg Air base.
In 1966 the 9 Beavers were assigned to 300 squadron that was also at Ypenburg after 334 squadron transferred to the Fokker F-27. 300 squadron one of the units from the army aviation group later moved to Deelen air base and the DHC-2 Beavers were based there until their retirement in September 1974.

The DHC-2 Beaver was used in the army liaison role for passenger transport and light transport orders. As the DHC-2 Beaver was operational under almost every weather type day and night, on plane the S-8, was assigned to the Leeuwarden base flight.
This aircraft wore the badges of 322 and 323 squadron and was used for transport to the Wadden islands.
During its operational life one aircraft no. S-3 was lost in an tragic accident where a parachutist from a other DHC-2 Beaver hit the wing of the DBC-2 Beaver S-3 causing the loss a wing which led ultimate to the crash. 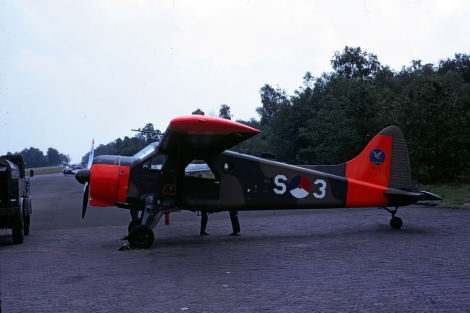 The DHC-2 Beaver was withdrawn from service on 1 September 1974, having a retiring formation on the open day at Twente the day before.

Squadrons equipped with the DHC-2 Beaver

As one of three reserve squadrons 300, 301 and 302 it is the only one to be formed ( although 301 and 302 will be formed as AH-64 squadrons on a later date) at Ypenburg AB in 1962. It starts operating in the Training role at first on the H-23 Raven but by august 1965 the transition has been made to the Alouette III.
From this point the squadron also still operates the L-21B super cub and the DHC 2 Beaver. A period that ends with the retirement of the last Super Cub in 1976

As Ypenburg AB loses its operational states the squadron moves to Deelen AB 1968 at that point it transfers it training task to 299 squadron a task it would gain again in 1975. At first pilots come from the Fort Rucker were they received there helicopter training and from 1989 pilots come from the course at Woensdrecht.

The squadron was formed in 1946 but as it continued the traditions of No. 1316 (Dutch) Communications Flight of the RAF also known as the Transportvliegtuig afdeling 1 (TransVA 1), a date off July 7th 1944 is also mentioned.
After returning from the United Kingdom it was first stationed at Valkenburg AB until this becomes a NAS in 1957 and the squadron moves to Ypenburg AB. In this period the squadron uses a mix off airplanes including; Dominie, Lockheed 12A, Beaver’s and Dakota’s.

With the arrival of nine DHC-2 Beavers in December 1956 the squadron added army liaison to its portfolio until these aircraft where moved on to 300 squadron in October 1966. With the introduction of the Fokker F27 most of the other types were phased out with the last Beaver leaving the squadron in 1966.

End of the line

After the type was withdrawn from service two examples remained in the Netherlands S-6 And S-9. Off which S-9 is still airworthy, flying with the Air Force Historical Section at Gilze-Rijen and Beaver S-6 belongs to the collection of the National Military Museum at Soesterberg after use at the Anthony Fokker school. 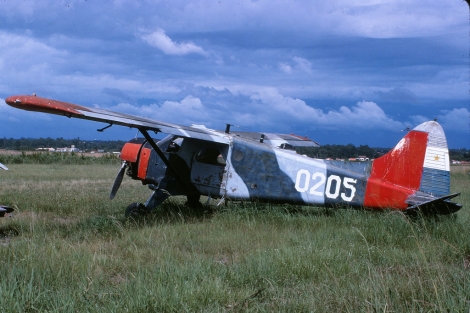 Off the remaining aircraft four where transferred to the air force off Paraguay and the others to civil use. Off these aircraft all civilians ones are still operational , a statement about the quality of the aircraft.