All throughout the first week of September, the Kinderdijk windmills are back in the spotlights in a literal sense, during the annual illumination Week. It is an opportunity to see the historic windmills illuminated by spotlight as the sun sets and darkness fills the skies, a vision which is just as spectacular but vastly different from what you see during the typical day trip. 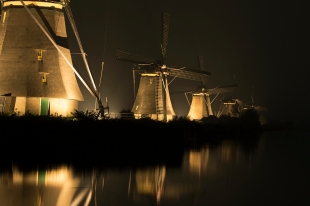 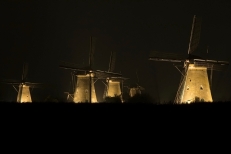 Kinderdijk (literally translated Children’s Dike) is actually a village just a little 15km South-East of Rotterdam, the group of windmills took the name as well and yes it’s pretty cool that some people just have those windmills as their regular view. Back in the 18th century (1740) a whopping 19 windmills were built there by the water managing Dutch, one was put there already in the 16th century! It’s now the largest group of old windmills in the Netherlands, since 1997 it’s been a UNESCO World Heritage site.

As every year, Illumination Week ensures phenomenal views for all to see – a genuine feast for all photographers. 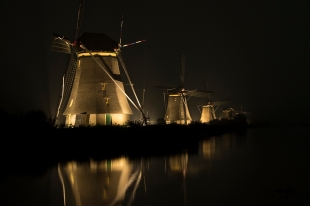