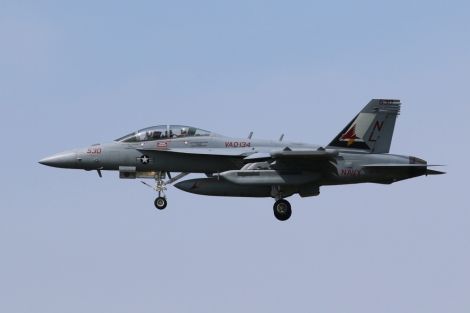 Naval Air Station Whidbey Island is the Navy’s premier naval aviation installation in the Pacific Northwest. The air station is the home for all of the Navy’s tactical electronic attack aircraft squadrons as well as home to four anti-submarine and maritime surveillance squadrons and a single intelligence reconnaissance squadron. NAS Whidbey Island also has one fleet logistics support squadron and complement of search and rescue helicopters. 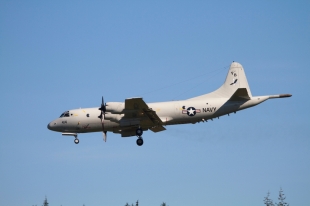 Planning for NAS Whidbey Island started in 1941 as a base for the re-arming and refuelling of Navy patrol planes operating in defence of Puget Sound. The plane consisted out of a seaplane base, of which Parts can still be found in Oak Harbour, and a dedicated fixed wing air base. With the seaplane base constructed first, squadrons of PBY Catalina’s started from the Seaplane Base in December 1942. 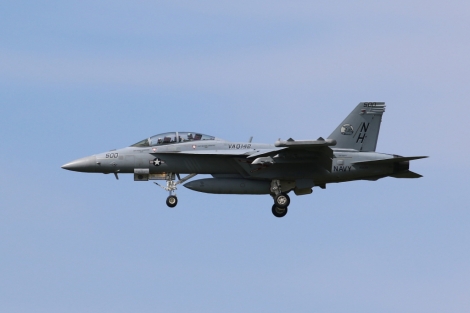 Along with the seaplane base an airfield was built on the other side of Oak Harbour called Ault field. In the following years Ault field became operational followed by an Outlying Landing Field near Coupeville became operational for Carrier Landing Practice training operations; together the three formed Naval Air Station Whidbey Island.
After the Second World War NAS Whidbey Island became more and more in the heavy attack role first flying the Douglas A-3D Skywarrior. The Skywarrior was the backbone of attack aviation until the arrival of the Grumman A-6A Intruder in August 1966. 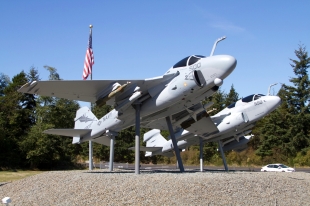 The Grumman A-6 Intruder served with the U.S. Navy and Marine Corps as their primary all-weather attack aircraft for more than 30 years. Brought into service during the Vietnam War, the Intruder saw action in every major crisis since, most recently the Gulf War. The aircraft immediately developed a reputation for reliability, durability and accuracy that persisted throughout its long years of service. The Marine Corps fazed the Intruder out of its inventory shortly after Operation Desert Storm. In all, 16 Navy squadrons maintained and operated this flying workhorse. At one time, NAS Whidbey Island had as many as 125 A-6 aircraft assigned to it. 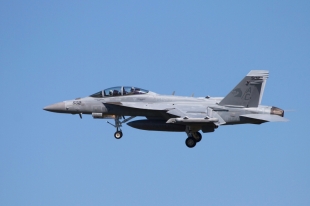 From its initial deployment to Southeast Asia in 1972, the Grumman EA-6B Prowler supported the strike forces by destroying enemy radar and command and control capability, enabling safe passage of friendly strike aircraft. With the introduction of the Grumman EA-6B Prowler, NAS Whidbey Island has evolved into the Navy’s premier training centre for electronic attack and patrol and reconnaissance aircraft platforms. Carrier Landing Practice training operations, as well as a training area for search and rescue and parachute operations. NAS Whidbey Island also oversees the Northwest Range Training Complex off the northwest Pacific Coast. 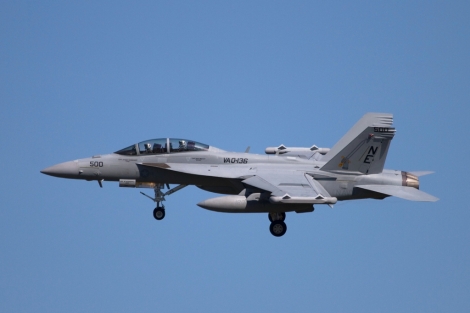 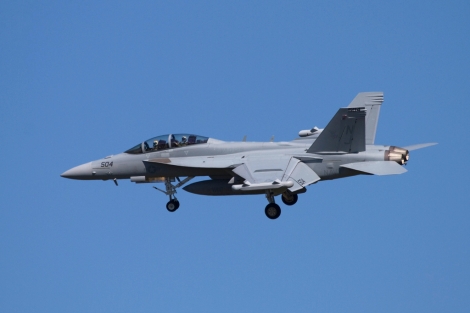 The replacement aircraft for the Grumman EA-6B Prowler made its first appearance April 9, 2007. The rollout began June 3, 2008, as the first Boeing EA-18G Growler arrived on station. The airborne electronic attack aircraft combines the, F/A-18F Super Hornet with the Grumman EA-6B Prowler Improved Capability III system to provide next-generation electronic attack capability. Being the base for the Boeing EA-18G Growler it also houses the Electronic Attack Weapons School, providing formal training to the Boeing EA-18G Growler aircrew and extensive weapons-related training to the ordnance and maintenance personnel. 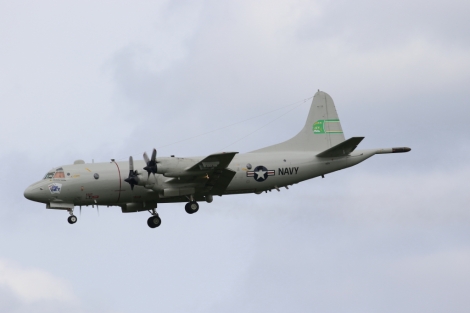 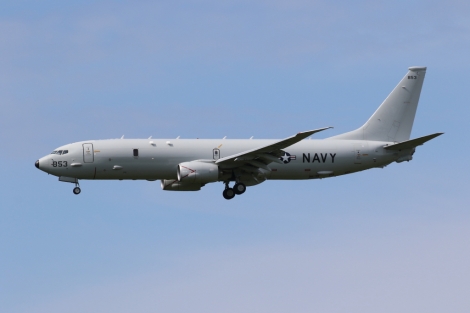